Piloting argument technology with the BBC – Behind the Scenes

These pages offer a look Behind the Scenes of how we delivered a suite of materials to the BBC in October 2017:

ARG-tech has a twenty year track record in developing philosophical and linguistic theory for modelling arguments and debates – and then turning that theory into robust, scalable software solutions. But 2017 brought a unique opportunity that was to push the research group’s abilities to the limit.

Chris Reed, Director of the Centre for Argument Technology

More than ten years ago, ARG-tech started working BBC Radio 4’s Moral Maze, using the debates around which the programme is built as a ‘gold standard’ of high quality argumentation in the real world. BBC’s Department of Religion and Ethics Radio, who are responsible for the Moral Maze, started to offer enormously valuable feedback that contributed to the direction of the research, and the team in the BBC became increasingly excited about the potential of the work. By increasing robustness and appeal of the technology, more and more decision-makers in various parts of the BBC were won over, and at some point enthusiasm turned in to critical mass. The anniversary of the Abortion Act was identified as an ideal target and over the summer of 2017 work got underway with academic theory, engineered software – and the necessary administrative oversight – to make the whole thing come together.

Figuring out, in agonizing detail, what the structure of everyone’s argument is in a programme like Moral Maze is technically demanding, painstakingly slow work. It takes one researcher about two weeks, normally.

Katarzyna (Kasia) Budzynska, Permanent lecturer-level appointment in the group & Assistant Professor at the Polish Academy of Sciences in Warsaw

Our target with BBC R4 and BBC2 was to turn around the analysis work, plus the creation of all the technology components in 48 hours. And transcription alone was going to eat twelve of those. So we had to build a team, and build a plan that would see analysts in five different timezones handing over one to another, then assembling, checking, integrating, revising, and exporting to technology. Our T-48h plan was a beautiful, if terrifying, thing to behold, identifying all the interactions and dependencies minute by minute as the clock was counting down.

With everything more or less in place, we knew we were going to have a programme from the fabulous BBC Archive to provide a historical context to the debate.

The team members working in collaboration during the dry run

The research team on Moral Maze identified a great candidate – but unfortunately the rights couldn’t get negotiated. But picking ourselves up swiftly we decided to run with more recent history, and use the Moral Maze debate from five years ago. This allowed us to have a ‘dry run’ of the entire 48h process. 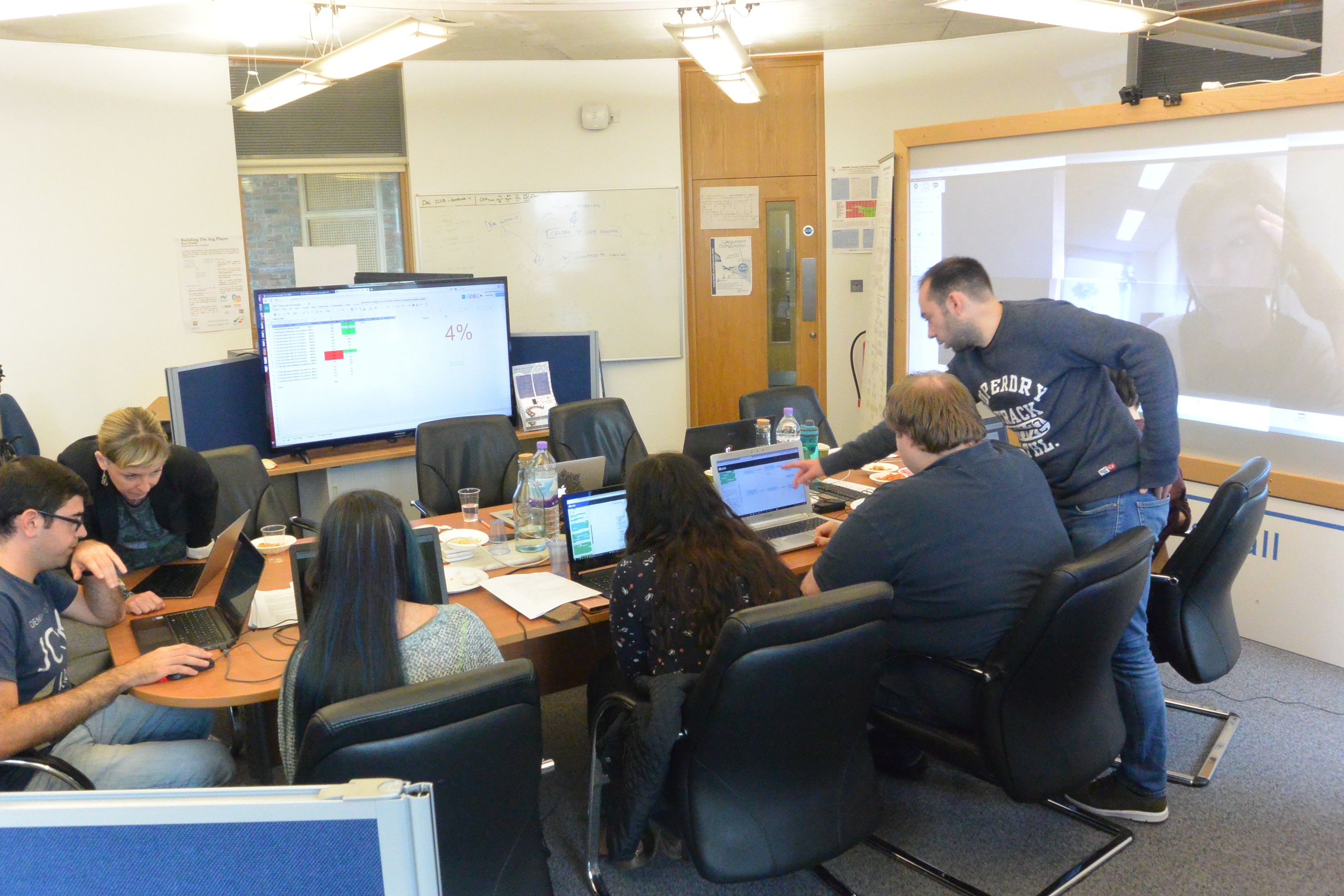 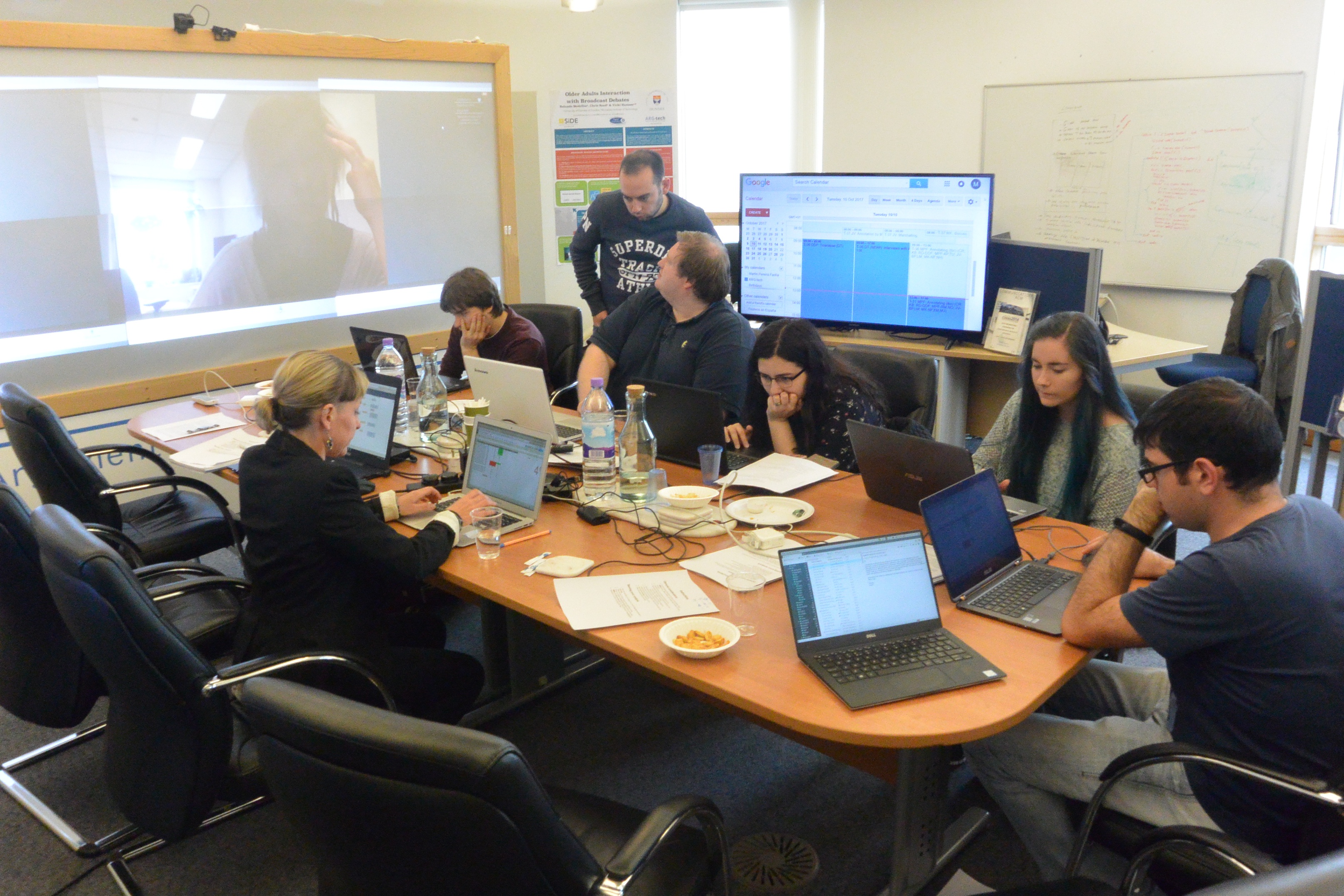 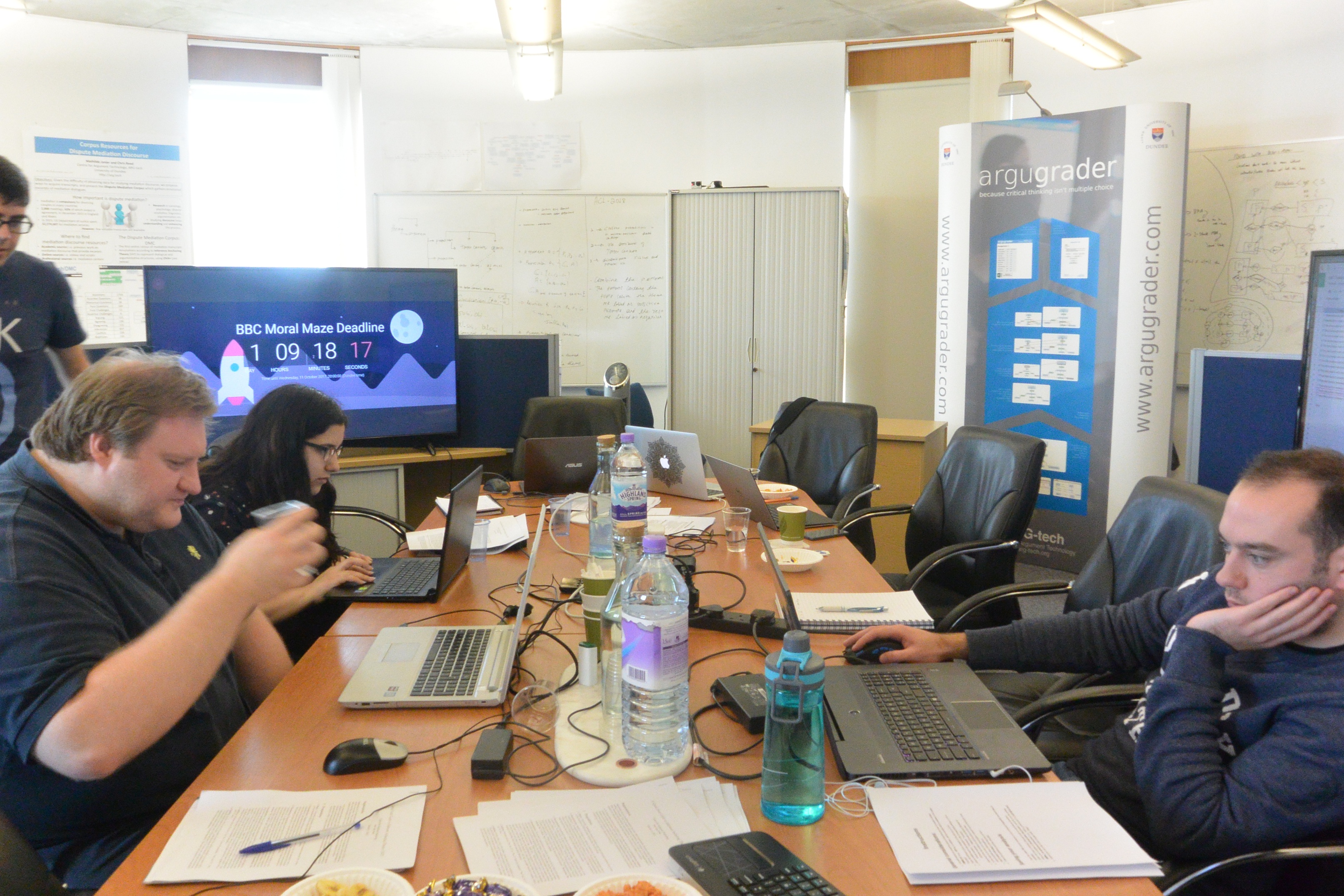 The Moral Maze for 11 October 2017 was, very unsually, prerecorded in London on Monday afternoon. We received the transcript at 7.56pm on Mon 9th Oct and the clock started ticking. Transcript came in at 12.30am the following morning (Tue 10th Oct), and our analysts in Australia started work. As first Europe then the UK woke up, analysis work was allocated to them, and a few hours later to our colleagues in South America and then North America. As one milestone after another was met, confidence was growing that we could pull it off. Final delivery of all components to the BBC was met at 7.00pm on Wednesday, a full hour before broadcast.

The issues were treated from a different angle a few days later, in BBC2’s Abortion on Trial, hosted by Anne Robinson. We received the programme on Friday at 10am, and begun analysis on Friday evening after it was transcribed. Partly because the programme was longer, and partly because of its unfamiliar structure, the analysis task was extremely demanding. By 3.30am in the morning of Sunday, analysis was complete. Next up was analytics generation, and there the challenge was to create not only analytics for BBC2 but also in combination with the Moral Maze and with the archive programme, all at five different time steps. So the build process was long and demanding, and was finally completed at 4.00pm on Monday.